The only time your music gets attention is when you diss Sarkodie-Medikal jabs M.anifest 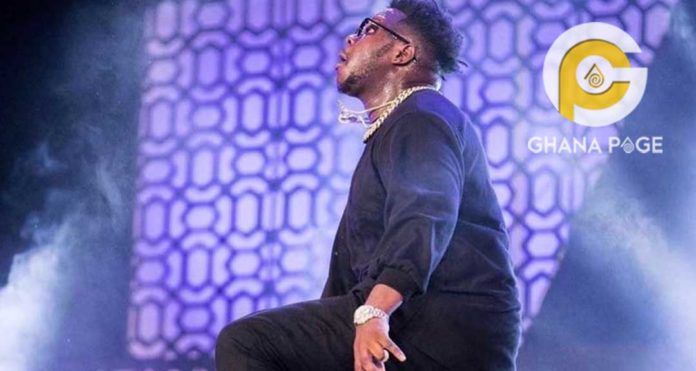 Medikal has thrown a subtle jab at Manifest after he released his latest song ‘Rapper 101’ which many people believe is targeted at Sarkodie.

In a tweet, 29th May 2019, Medikal believes the only way Manifest’s song can get any form of relevance and attention is when he throws shots at Sarkodie.

he “Omo Ada” hitmaker wandered what will happen to Manifest’s career if Sarkodie wakes up one day and announces he is done with music.

The only time your music gets attention is when you diss Obidi, so if Obidi stop de do music you die be that ????

The tweet has garnered a lot of reaction. Many of Sarkodie fans and sympathizers claim everything Medikal tweeted is God’s honest truth.

But Manifest fans, however, believe it trash. They have also attacked Medikal that he does not come an inch closer to Manifest so he has no right to throw jabs at the GodMC.

Manifest himself has, however, come out to state clearly that his latest song which has generated the whole brouhaha “Rapper 101” is not targeted at Sarkodie in any way.

Previous Nobody will force you to be a Shatta Wale fan; It’s a calling ~ Shatta Wale
Next KiDi – Sugar (Full Album)