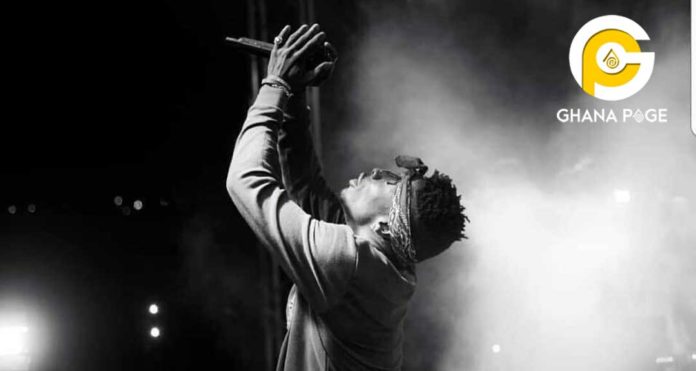 Shatta Wale has been granted bail by the Greater Accra Regional Police command after he and Stonebwoy were arrested and detained in police cells yesterday for their activities in connection with the violence at Vodafone Ghana Music Awards 2019.

After being released, Shatta Wale took to his social media handles to announce his come back and he had a message for his millions of followers both in Ghana and outside the country.

According to Shatta Wale, Yesterday, 19th May 2019, the day he caused fracas at VGMA 2019 around 1:00 am and subsequently got arrested in the evening of the same day and detained overnight at the Tesana Police station was a blessing.

It is not clear why the day he has been called names and vilified in the media together with Stonebwoy for causing confusion at VGMA 2019 is a blessing to him.

Yesterday was a blessing !!!!
#Freedom

Both Shatta Wale and Stonebwoy were arrested yesterday evening following the fracas that went on at the Vodafone Ghana Music Awards 2019.

In the middle of the fight which was started by Shatta Wale according to eyewitnesses, Stonebwoy angrily pulled a gun on the VGMA stage which has got many condemning the two musicians.

Previous Article: Not Just an Urban Flood
Next Blame Charter House for fight between Shatta Wale and Stonebwoy – Starboy Kwarteng