Sarkodie is disrespectful unlike Stonebwoy and Shatta Wale -Sumsum 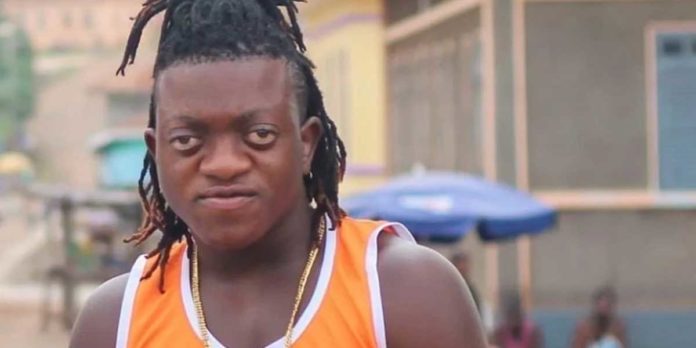 Kumawood actor Yaw Adu known in showbiz circles as Sumsum Ahuofe has taken a swipe at Ghanaian rapper Sarkodie for snubbing him.

According to the comic actor, Sarkodie is very disrespectful and full of himself unlike Stonebwoy and Shatta Wale who are receptive and friendly.

“You have to respect everybody that is why I don’t like Sarkodie. He is ‘forkin’ and disrespectful. I have met Stonebwoy and Shatta Wale and they were both receptive but Sarkodie snubbed me when I first met him”, he disclosed.

Watch the video below;

Sumsum Ahuofe recently disclosed in an interview that, he was mostly disregarded due to his unique physical features but since he became a star, people show him massive respect.

He also added that his bulging eyes are his symbol and he is grateful to God for that.

Previous I still love Shatta Wale but… – Sarkodie on complicated relationship
Next Nobody will force you to be a Shatta Wale fan; It’s a calling ~ Shatta Wale