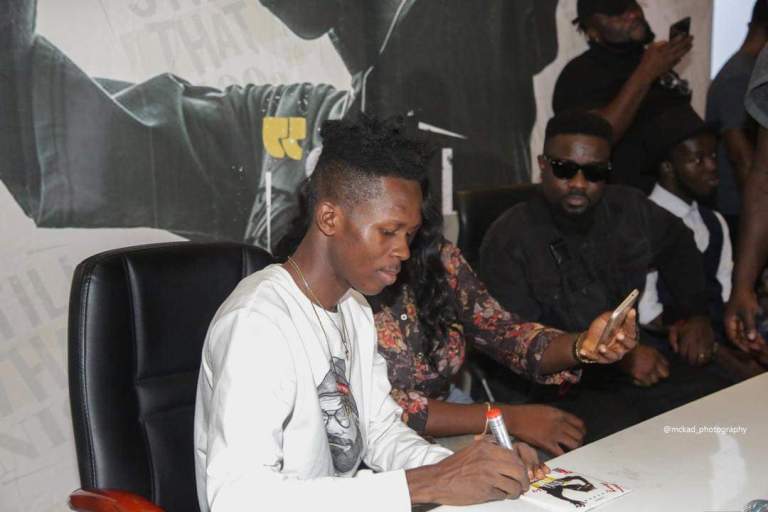 What started as an EP launch ended up as a mini concert when thousands of fans and music stormed the Kumasi City Mall in to support Strongman on his STN EP launch.

Fans who patronized copies of the EP had the opportunity to take photographs with the Strongman as he thanked them for accepting and supporting him in the music industry.

CD copies and merchandise brought were all sold out before the event to end with fans demanding for more.

The event attracted thousands of avid Sarkodie fans who thronged the West Hills Mall in their numbers to witness the ceremony and grab copies of the CDs. The venue was so packed it couldn’t contain the audience.

The ‘Still That Ni99a EP’ is a collection of 7 Hip Hop songs with features Sarkodie, Akwaboah, Shaker, Kwesi Arthur, B4Bonah and Worlasi.

MC’d by YFM’s NYDJ, the event also attracted a number of celebrities like Sarkodie, Akwaboah, Dr Pounds, Deon, YPee, DJ Bibini, Ratty, DJ Aromah, and a host of others.