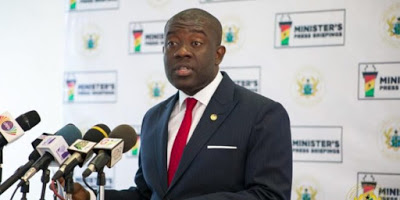 Information Minister Kojo Oppong Nkrumah has stated that anyone found guilty of breaking the law in connection with Tuesday’s violence in the East Gonja municipality in the newly-created Savannah Region will be prosecuted because “lawlessness is lawlessness.”“Some people have been arrested and we will be proceeding to arraign them this morning because lawlessness is lawlessness.“Lawlessness is lawlessness and it cannot be countenanced and, so, the police and the security agencies will arrest any person who attempts to engage in any lawless activities as we go through this process and ensure that that person is prosecuted and dealt with in accordance with law,” Mr Nkrumah told Benjamin Akakpo on the Executive Breakfast Show (EBS) on Wednesday, 13 February 2019.His comment is in response to a protest by some irate youth who torched the governing party’s office in Salaga because they disagreed with the naming of Damongo as the capital of the newly-created Savannah Region.The angry youth set the party office and some party billboards and other properties ablaze.They also attempted to burn some government facilities including the official residence of the Municipal Chief Executive but the police moved in quickly and succeeded in preventing the burning down of the District Assembly and the MCE’s bungalow.Meanwhile, seven suspects have been arrested by the police.Mr Oppong Nkrumah said adequate security arrangements have been made for the presentation of the Constitutional Instruments for the creation of the new regions.So far the president has presented C.I.’s for the Savannah and North East regions. He will present the remaining C.I.’s for the remaining four other new regions which include Bono East, Oti, Ahafo and Western North.Source: Ghana/ClassFMonline.com