People Tend To Hate Me Because I Endorsed Nana Addo 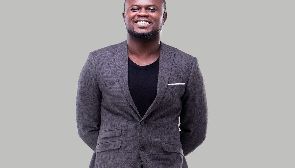 Gospel musician Cwesi Oteng says there are days he is remorseful for subscribing and affiliating with the ruling New Patriotic Party.

According to him, it has garnered him lots of haters. He says his regrets does not settle on the fact that he choose to support the sitting president because we all have a choice to make.

He believes Nana Addo is rising and would work wonders for the country.

“That’s the reason I regretted, not because I endorsed him. People frown for no reason. And I thought per my knowledge and understanding of the Ghanaian. So I felt that I had an independent human right to make a choice.

“Any government that takes over a sitting government, you look at the presidency of John Mahama, it was an amazing presidency, I don’t care what anybody thinks. Look at the stuff he did,” he said.