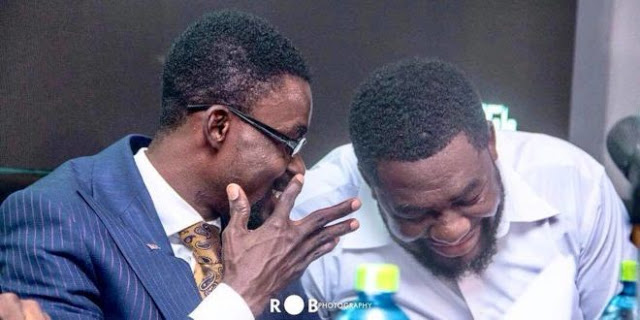 Popular artiste manager and former handler of Shatta Wale, Bulldog has disclosed that he’s also a victim of the ongoing Menzgold debacle.

According to the well-built celeb who also happens to be artiste manager at Zylofon Media, the beleaguered business tycoon convinced him to save with the gold trading company so obviously he could be counting his loss if he’s not able to recoup his money judging from the way things are unfolding.

Lawrence Hanson Asiamah, as his real name goes said he has lot of rich friends and top politicians who invested in Menzgold because of him and at the moment, they are all counting their losses.
He however added that Nana Akufo Addo and his governement should be blamed for the unfortunate way things have turned out.

He said this from his Moscow base;

In his view, shutting down Menzgold by persons who never regulated it in the first place was the cause of the problem accusing the government, Bank of Ghana and the Securities and Exchanges Commission of meddling in matters that do not concern them.