Moesha confirms being a victim of Menzgold Saga on her Instagram Page. 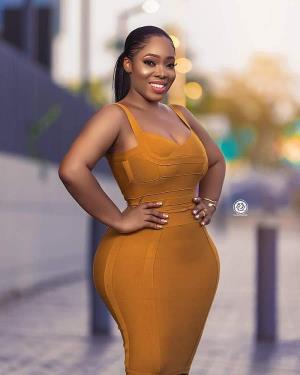 Moesha Boduong disclosed this after a fan asked her if she is a victim of the Menzgold brouhaha.

She posted a meme photo of Menzgold building and ‘money box’ to throwback to the olden times where money was kept in boxes and this drew the attetion of a fan who asked her if she was a victim. she replied in affirmative that she was one of the many victims of the Menzgold saga.“moeshaboduong @chrisnunies.official I am oh”.

Moesha Boduong’s name isn’t on the alleged list of celebrities who invested with Menzgold and since it’s coming from the ‘horses’ own mouth, there is nothing to doubt about her shocking revelation.

Meanwhile, the embattled CEO of Menzgold, Nana Appiah Mensah aka NAM1 has been charged with fraud over $23 million business deal with a Dubai company.