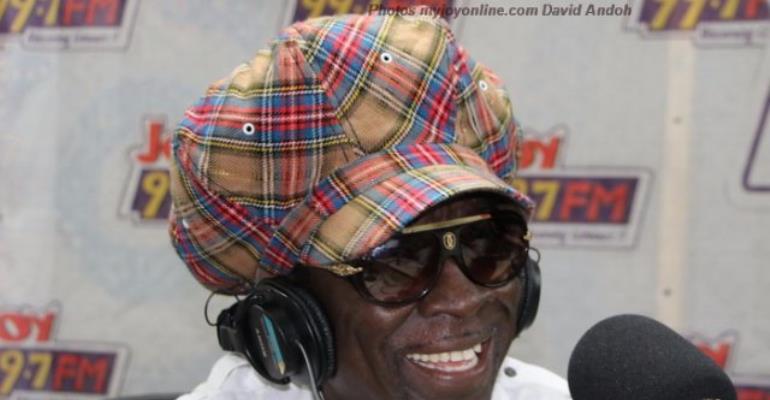 Ghanaian music legend Kojo Antwi has said he has no problem with new Ghanaian artists sampling his songs. He explained even though some of the artists grew up with his songs, they have now seen the efforts and hard work that went into producing those songs.

“ The young ones are seeing the kind of work that was put into some of those songs and they appreciate it,” Kojo Antwi told Joy News’ Becky.

His music has not been successfully categorised because he has a blend of Highlife, Reggae, Soul, RnB and Carribean lovers rock.

His diversity in music has contributed in many artists sampling his music.

Kojo Antwi jokingly added “some of them they were made with my song in the background.”

He stated it is fulfilling for him see artists recognising his songs.
“I like it,” he said.

The Dadie Anoma hitmaker said some people complain to him about other artists using his songs “but I say let them be.”

Joey B, Kuami Eugene and Kidi are some of the artists who have sampled or taken inspiration from Kojo Antwi’s songs.