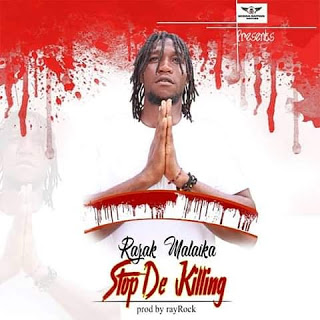 The Ghana – Nima based Dancehall legend by name Razak Malaika under the Guda Nation team has been dropping and unleashing several hit songs when he came into the music industry, Such songs are Razak Malaika – taking over, Razak Malaika – Ghetto Advice and a whole lot, and today he made it clear to us that, he’s about to drop a newest song to blow up minds in Ghana and the entire globe.
We went closer to investigate and interrogate him to know much about this song of him he’s talking about, Razak Malaika stated that, the title of his incoming track is – Stop Killing the Youth and it relates to how awfully the youths are been treated in our days and how they’re to be treated properly to maintain peace and harmony in the country and the world in whole. He then said that, the song is been mixed and produced by Ghana’s very own sound engineer Rayrock.
Razak Malaika, has given out the official release date of this mega – hit which is on the 24th of January, 2020. So the world should anticipate for this incoming heat.