MadTime boss Kwaw Kese has revealed that he is ready to employ 5000 people to work on his farm if the government legalize the use of Marijuana popularly known as weed.

The “Abodam” hitmaker was reacting to a viral story which emerged this week that Uganda has secured contracts to export medical marijuana products to Canada and Germany worth more than $140 million in June. 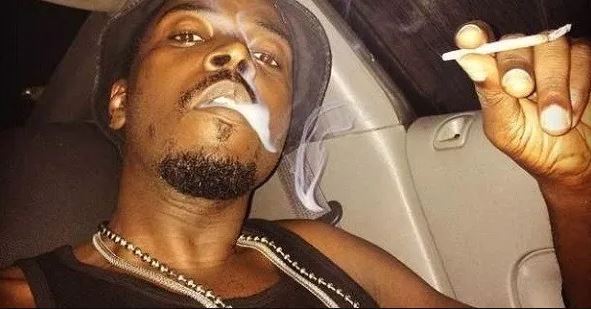 He tweeted: “I’ll employ 5000 people in my farm if Ghana legalize medical marijuana
Tell @NAkufoAddo&@MBawumia if you are close to them”

Kwaw Kese has been a strong advocate for the legalization of marijuana in Ghana alongside some celebrities and diplomats including the late Kofi Annan. 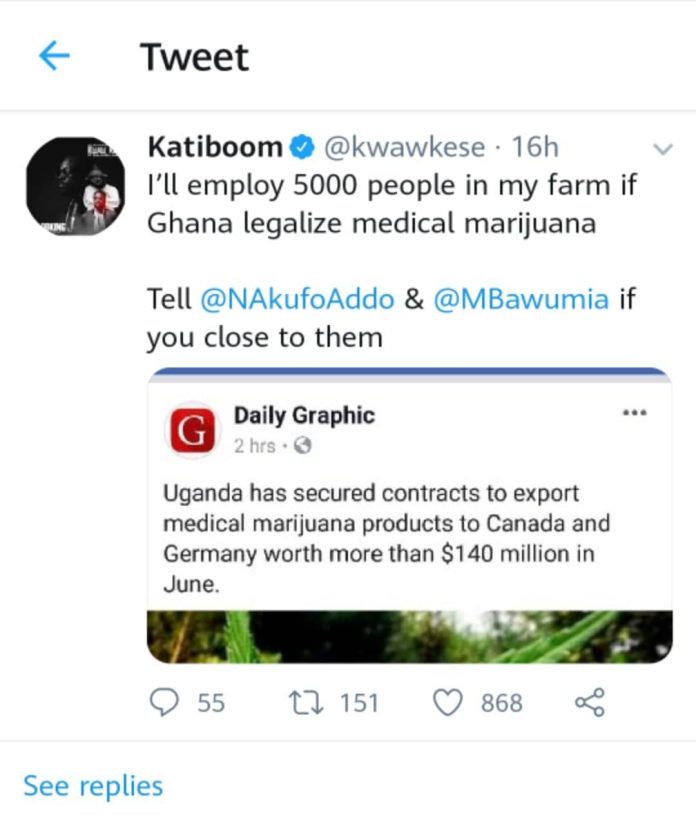