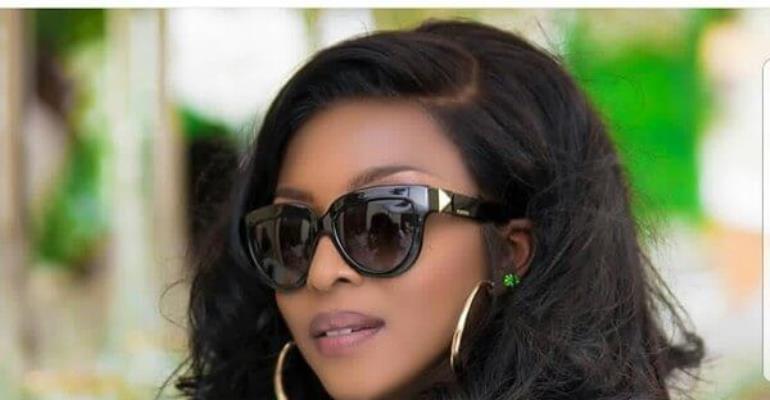 Yvonne Okoro disclosed on Hitz Fm with Andy Dosty that she once recorded her love-making encounter with her Ex-boyfriend.

According to Yvonne , she is full of regret for doing such a thing and that it happened long before she became an actress.

Rumors circulating suggested that the actress was in an amorous relationship with Emmanuel Adebayor .

Yvonne Okoro later refuted such claims and stated that Adebayor is just a good friend.

“I’ve done that once when I was young. Listen it was my ex ex ex-ex-boyfriend and I regret it because that time I wasn’t in the industry so I was like God, what if one day, what if one day”.

Yvonne added that she made sure the video was deleted immediately so that no one can blackmail her with because it doesn’t exist.

“I know what I did was silly but then my partner and I were bored and decided to try something ‘spicy’. The video doesn’t exist, so I don’t have any sex tape”, she added.

Previous Moesha confirms being a victim of Menzgold Saga on her Instagram Page.
Next “Sorry to disappoint you but i am not dying now” – KK Fosu