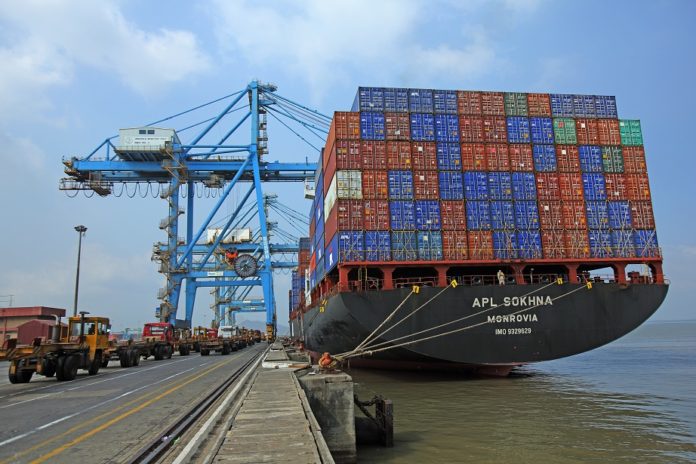 Government has slashed the cost of importation of products through the ports of the country by 50 percent, Vice President Mahamudu Bawumia has announced.
The imports of vehicles however saw 30% reduction.
The move, according to the Vice President, is to ensure that higher volumes of products being imported to the sub-region are channeled through Ghana instead of its neighbours.
The drastic reduction takes effect from Thursday April 4.
Speaking at the maiden Town Hall meeting, Dr. Bawumia said available data shows that traffic at the Lome habour has increased by some 300% percent between 2013 and 2018 while Ghana saw just a little over 4% increment within the same period.
“To reduce the incidence of smuggling, the benchmark volume of imports will be reduced by 50%. However for vehicles the reduction will be 30%. This will be effective from tomorrow. We are doing this because we expect that we will see higher volumes coming into Ghana and the we get higher revenue,” he said.
Taken a swipe at the NDC, the Vice President argued the Cedi depreciation has been better managed by the New Patriotic Party than the National Democratic Congress.
Our worst is better than your best and you say ‘boot for boot’? This one is more like boot for chalewate,” Bawumia stated.
He has challenged the NDC to provide data to prove the economy is on a nosedive. He said the economy is on a sound footing with credible data available to support that claim.
“These are based on credible data and let anyone who disagrees bring his data,” Bawumia served notice in his presentation dubbed: “Our progress, Our status, Our future.”
According to him, statistics available indicate the economy is performing better than previous governments.
“Inflation has dropped from a high of 15.4% at the beginning of last year to 9% this year,” Bawumia noted adding, “Lending rates are also falling from 32% to 22$.”
Source: Ghana/Starrfm.com.gh/103.5FM