Florence left for Spain after Obinim impregnated another lady-fetish priest 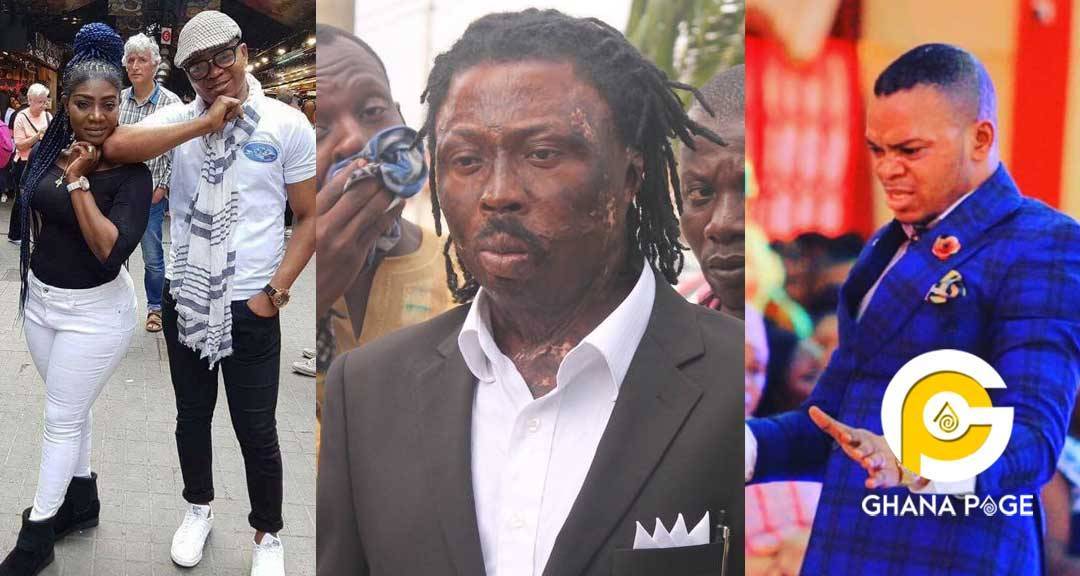 Florence Obinim angrily left for Spain and has not returned for over a year after Angel Obinim impregnated a lady called Pamela, had twins and bought her a red Corolla – Kwaku Bonsam reveals why Florence has not been seen in Ghana in a long time [Video]

Nana Kwaku Bonsam, the renowned fetish priest from Ghana has finally revealed why Florence Obinim, wife of Bishop Daniel Obinim has not been seen anywhere around the man of God for over a year now.

According to the “Kofi oo Kofi” fetish priest, Obinim despite being a man of God impregnated another lady again called Pamela which really upset the Obinim’s wife considering how Obinim impregnated his junior pastor’s wife some few years ago.

During the alleged affair between Obinim and Pamela, Obinim spent lavishly on her at the blind side of Florence Obinim. He even bought a brand new Toyota Corolla for Pamela.

Pamela gave birth to twins but sadly, she lost one of the children after giving birth, according to Kwaku Bonsam.

The absence of Florence Obinim has been discussed on social media and even at his church for some time now. When Obinim threw a lavish party a couple of months ago and shared over 15 cars on one day including dashing his wife a brand new Rolls Royce Phantom, the wife was not there to take it.

Speaking at the party, Obinim said: “My wife, Florence wherever you are, I give you this Rolls Royce Phantom. It is a gift from me to you for always standing by my side in all my endeavors”.

Many have been wondering where Florence has been for months now. Well, Nana Kwaku Bonsam has finally blown the whistle.