Entertainment: Footage of when police came for Junior US’ body drew tears from friends 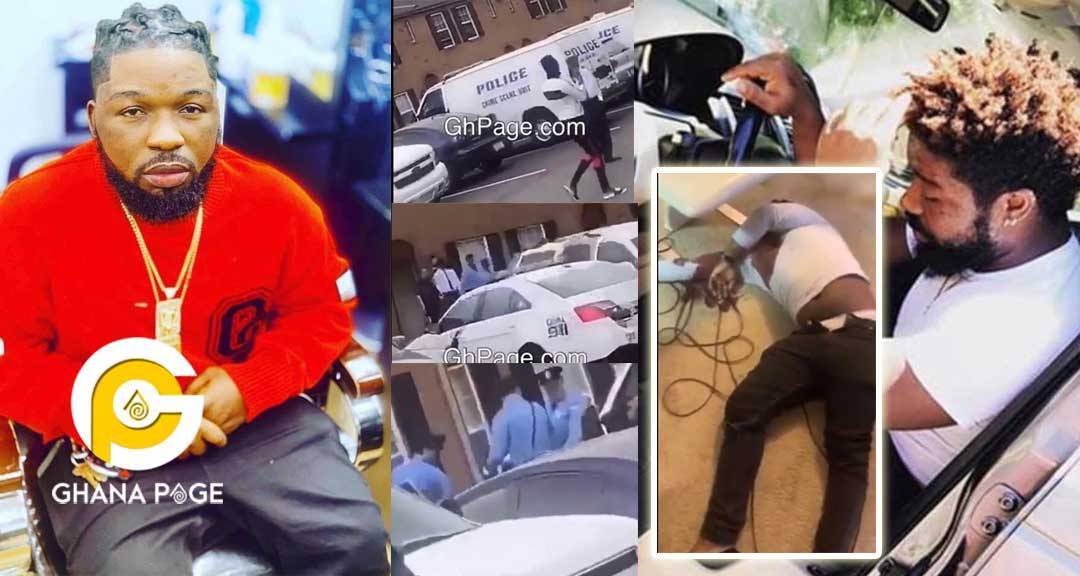 Sad footage of when USA police arrived at Junior US’ house after he had been shot dead and was carrying his lifeless body away has surfaced social media and its heartbreaking.

In the video which has been obtained by Ghpage.com, the police could be seen carrying the remains of Nana Yaw Opoku aka Junior US away.

Friends of Junior who were gathered at the front of the house could be heard weeping bitterly in the background of the video.

News of Junior US’s death hit social media yesterday, Friday 20th April 2019. According to the report, Junior was shot the night before which is Thursday 19th April

Ever since Junior died, there have been many theories as to what led to his death on social media. According to some of his friends, he was shot dead by armed robbers who stormed his house that night.

Others too have revealed that it was some prostitutes he invited to party with him at his house who led some gunmen to his house to shoot him after he flaunted dollars on social media.

Others too are pointing fingers at Showboy after a video of Junior US revealing Showboy and his friend Limo threatened to shoot him if Showboy is ever jailed for stabbing him.

Previous Entertainment: This No Make-Up photo of Gloria Sarfo will make you rethink about beauty
Next Entertainment: Colorful pictures and videos from Okyeame Kwame’s Made in Ghana’ album launch