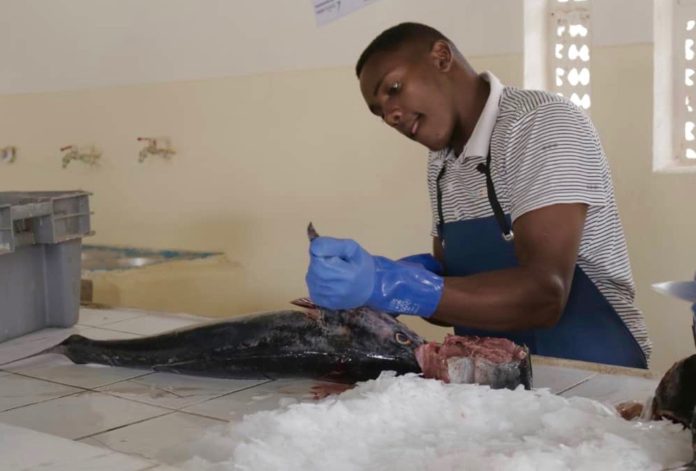 It’s a sad tale at the Asafo Market Cold Store Enclave in the Ashanti regional capital Kumasi as hundreds of cartons of spoilt fish have been literally disposed off as a result of days of erratic power supply.
The traders have also been saddled with the cost of repairing their huge industrial fridges that have broken down as a result of the power surges.
At Ultimate News’ visit to the cold Store Hub, large hauls of fish had been disposed off or sold cheap for animal feed producers.
Theophelus Eteh an owner of the Gyenyame line of Cold Stores told reporter Ivan Heathcote – Fumador, he lost over a thousand cedis worth of fish on Sunday night alone.
He recounted, “We just disposed off several cartons of fish from our cold store. We are running into losses of about a thousand cedis.”
He lamented the surprise power outages and demanded that power producers give prior notice in these occasions to allow them prepare for any eventualities.
“If they could tell us which days they will turn off the power, we could plan and know when to turn on our fridges. That way, when the fish is frozen, we will not even open the cold rooms,” he suggested.
Another cold store owner who gave her name as Maame Nyarko was almost in tears as her store was being washed because of the water dripping from her defrosted fridges.
She told reporter Ivan Heathcote – Fumador, she had to sell 600 cartons of spoilt fish to poultry farmers for cheap and did not know how she was going to recoup her investment.
“I have given away 600 cartons of spoilt fish as poultry feed. I don’t even know how to get my money back,”
She was the more worried all three industrial fridges in her cold store were broken down as a result of the surging currents.
“I have sent two out of the three broken fridges for repairs but the cost is too much. They are going to rewind the motor for me at a cost of a thousand one hundred and fifty cedis per fridge,” she fumed.
Government has been giving reasons for the erratic power supply. But whether or not this will soothe the pain and loss of these traders; cannot be told.
Source: Ghana/Starrfm.com.gh/103.5FM/Ivan Heathcote – Fumador