Artistes paid to put my name in their songs – Appietus 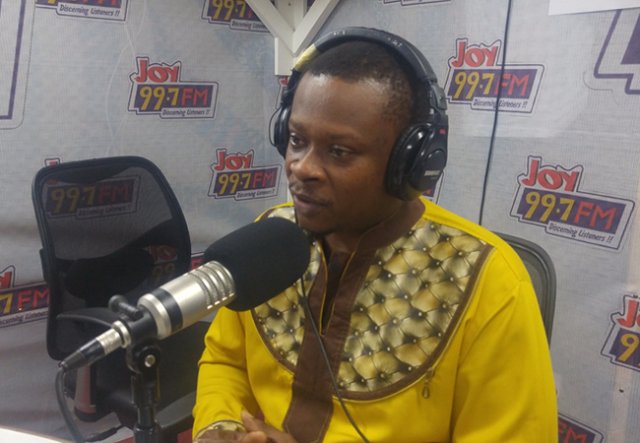 Popular sound engineer and music producer, Nana Appiah Danquah has revealed, artistes paid him just to put his name in their music.
Appietus, as he is popularly called, said after the songs he produced went popular, years ago, many artistes just wanted the signature “Appietus in the Mix” in their music even if he did not produce it.
“They record their songs in a different studio because the line at mine was long and they will call me to come and put my name in the song,” he told Mercury Quaye on Success story on Hitz Fm.
The music producer explained “I do some touches to the song if I do not like it. They [the artistes] would pay any amount of money just so I can put my name in there.”
Appietus is a multiple award-winning music producer and sound engineer known for his versatility.
His constant adaptation to trends or needs arising has helped him produce songs with genres like Afro-Pop, Hi-Life, Reggae, Gospel, Dance Hall, African Traditional, Hiplife and Azonto.
He also has appeared as a judge on Vodafone Icons alongside Miss Naa and musician Samini.
He has worked with numerous artistes including Daddy Lumba, Sydney, Samini, Praye, Sarkodie, Obrafuor, Okyeame Kwame, Kwabena Kwabena and Ofori Amponsah.
Appietus stated before his first award at the Ghana Music Awards in 2006, many people did not know he existed.
“Some people thought Appietus was something they go for from some mallam (spiritual man) and put it in their song and it will become a hit,” he said.
Appietus said he has produced about 188 songs and he is working on making a list of the songs and their artistes.
The music producer said he worked very hard to get to where he is and encourages other young producers to do same.
He advised his fans to work hard, believe in God and follow their passion.
Source: Ghana| Myjoyonline.com | Nasiba Yakubu