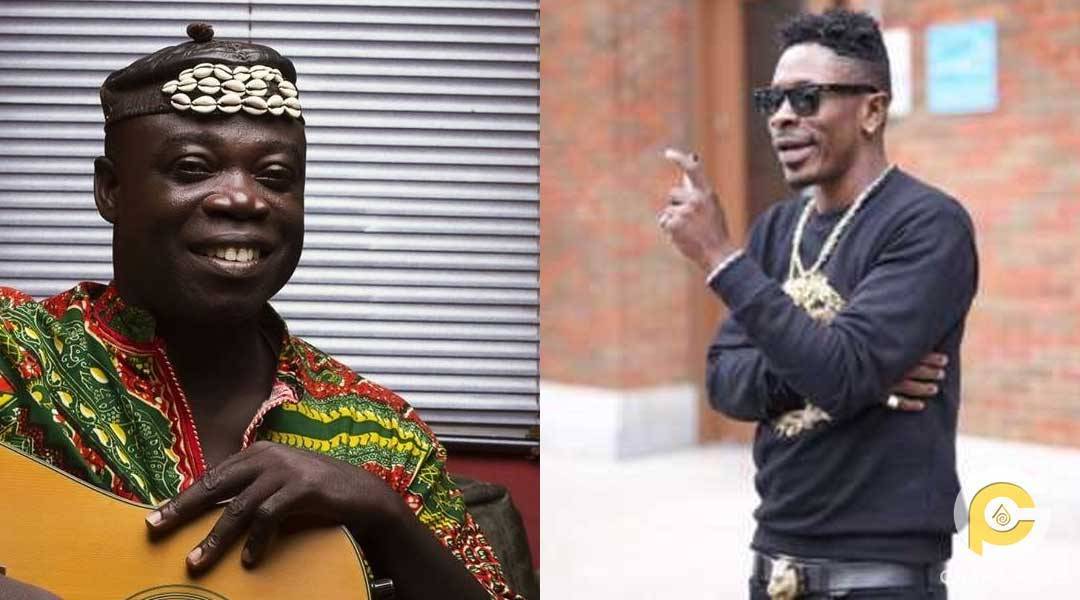 Ghanaian highlife singer Ackah Blay has finally responded to Shatta Wale’s threat of slapping him whenever he meets him after he expressed his disappointment in Shatta Wale’s behavior.

According to the “Taking the girls away” singer, he doesn’t see himself doing a collaboration with the self-acclaimed King of Dancehall Shatta Wale because of his boisterous nature.

He said;
“With his large fan base, I don’t expect Shatta Wale to use certain words and engage in indecent acts. I know he has the largest fan base in Ghana at the moment but what impact is he making on them? The youth are engaged in all sorts of bad activities because they see him as their role model and blindly copy what he does.”

This, however, did not go down well with the Shatta Wale and thus threatened to slap Aka Blay anywhere he meets him one on one.

Aka Blay has responded to the threats by Shatta Wale in a Facebook post in a very intelligent fashion to show his maturity.

He wrote, “FATHER FORGIVE THEM FOR THEY DO NOT KNOW WHAT THEY DO”

Previous 3Some with Shatta Wale and Junior US; Efia Odo vanishes from Instagram
Next Moesha Budoung looks absolutely stunning in new photos